This was awesome. I don't know how much of it exists on tape since it was a Cronicas y leyendas de la lucha libre hatchet job that I watched, but I presume it's the whole thing since it's a handheld shot from ringside. Whatever the case, it was every bit as bloody and violent as the pictures suggest: 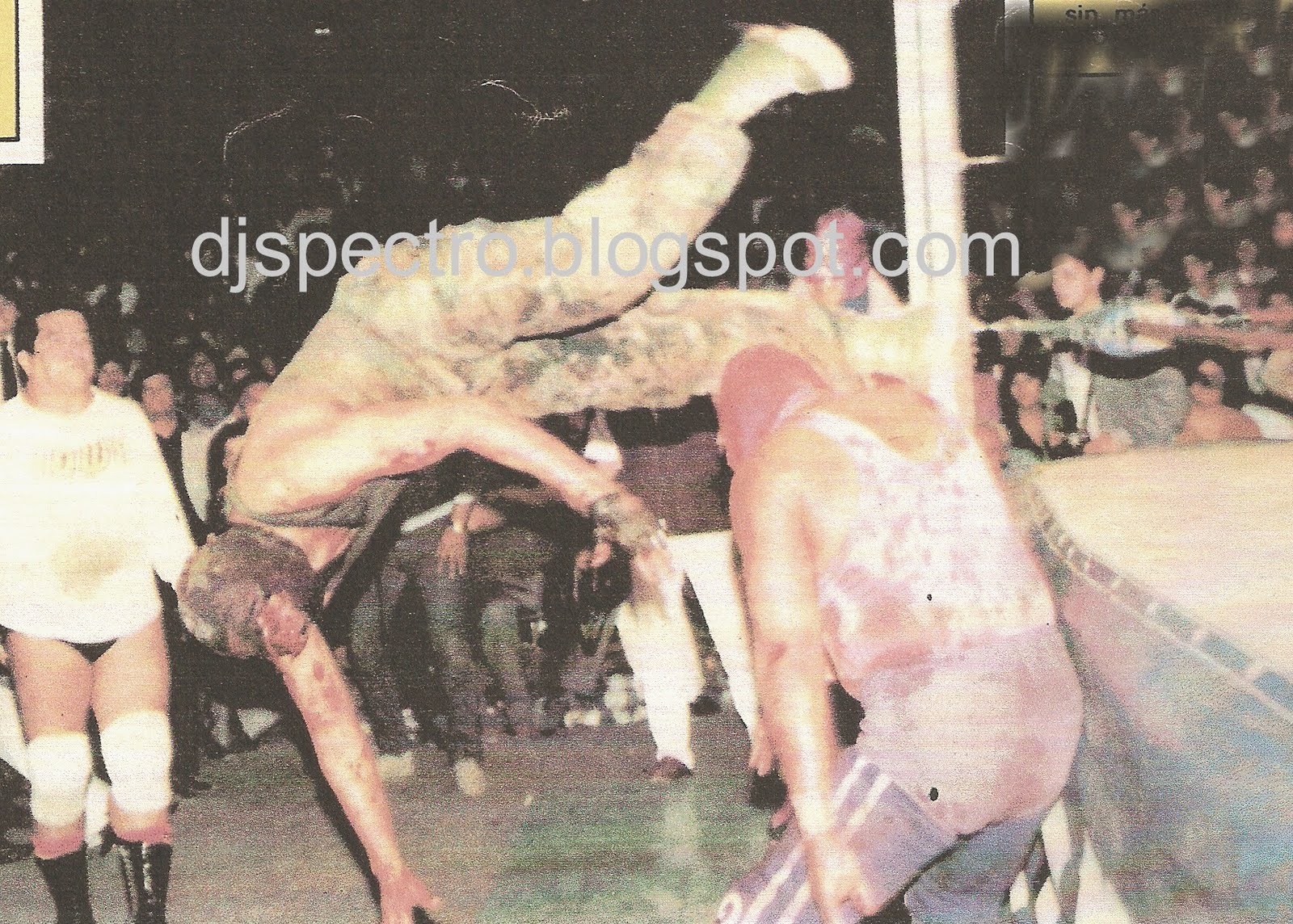 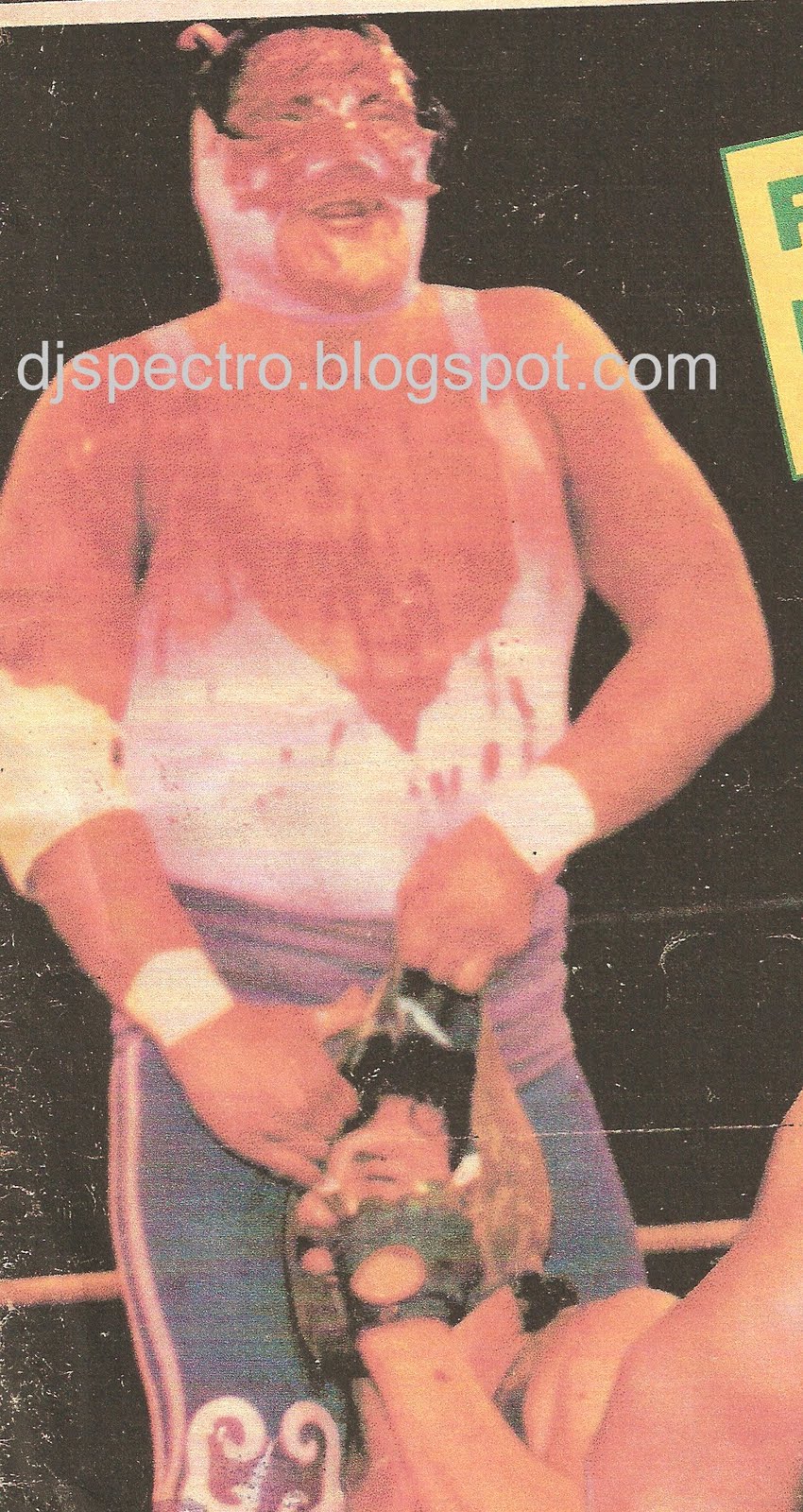 And everything you'd expect from a Rambo vs. Villano mask match. In fact, having watched their later hair matches it's pretty much the capper. In lieu of a review let me just say that you know you're watching a hair match when Villano looks like that in the opening fall.