This covering is episodes 108 & 109 of BJW Deathmatch Wars TV show. Its from 01/02/2007 and in Korakuen Hall so we're looking at something that's at the very least going to be fun.

GENTARO & Mammoth Sasaki vs. Isami Kodaka & Yuko Miyamoto - The first team I know a little bit from FMW and the second team I know from watching clipped matches on BJW's YouTube channel. They are pretty good and Miyamoto is a great junior wrestler who reminds me of Hayabusa in his toughness, his agility and charisma. Anyhow this is a really good match with old vs young. Miyamoto makes an impression on the main eventers and they invited him to join them as they're in need of a 4th partner. 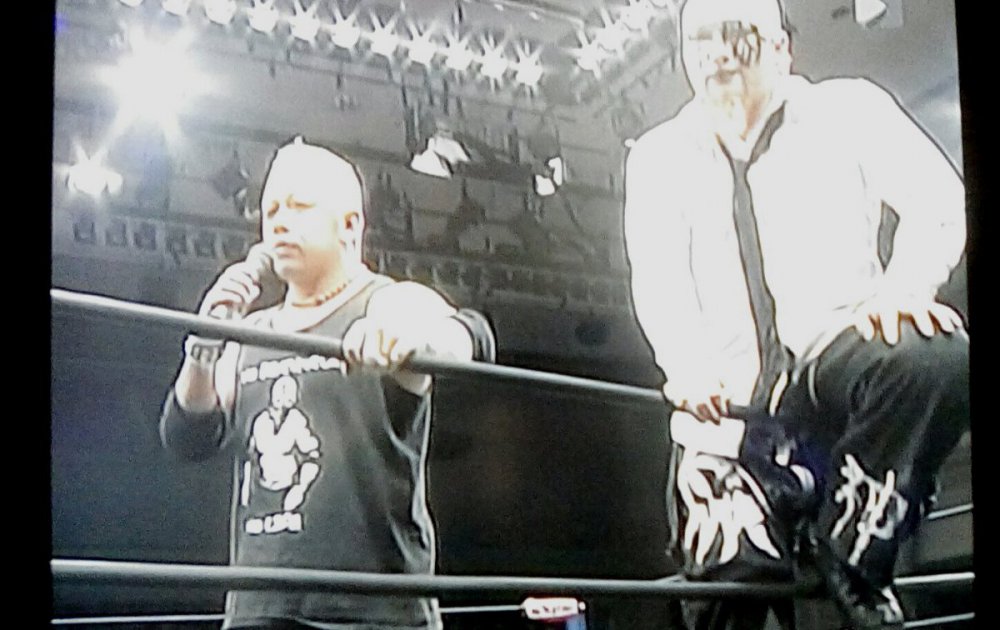 But for real, this was a sick match! I mean like ill ya know. There was action all over the place early on. Then things settled down in and around the ring but, there were still plenty of fantastic encounters/pairings. As with many multi-man matches, weaknesses were hidden and strengths were on display. Aside from that Yuko Miyamoto was seen as the junior baby who didn't belong in this war but, like Hayabusa he fought bravely and endured. He made his team believe that the made the right decision in selecting him. I'm not going to give away any of the memorable spots other than Masada dragging Miyamoto around the broken glass by his ankles. That was sick! Like F'd up! Overall this was  helluva spectacle and great death match. Maybe a classic as it fed off the previous match, kept the fight interest and interesting throughout and the K-hall fans were on fire! 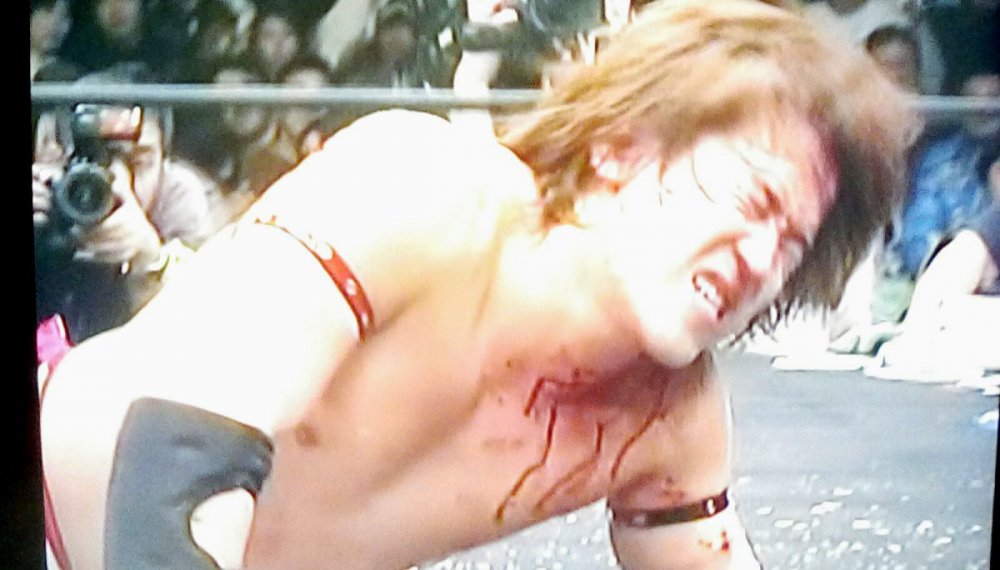 We're on to the 2nd show

Mad Man Pondo & NOSAWA vs. Coke & Sam Hain - I started to watch but as Jim Cornette would say this was an "outlaw mud show." In all fairness, Jimmy would hate EVERYTHING on this show.

Kintaro Kanemura/Tetsuhiro Kuroda/Onryo vs Hiroyuki Kondo/Yoshihito Sasaki/Daisuke Sekimoto - Unfortunately we only get 15 minutes of a 30 minute match but, what was shown was a blast! This is a real treat with FMW vs BJW for me. I believe the FMW team is reppin' Apache wrestling but its a real joy to see two generations of hardcore/death match/Indie wrestlers going head to head. Dekimoto and Sasaki as a tag team are something that I need to see more of. Torture Rack - German suplex combo is probably my new favorite tag move! 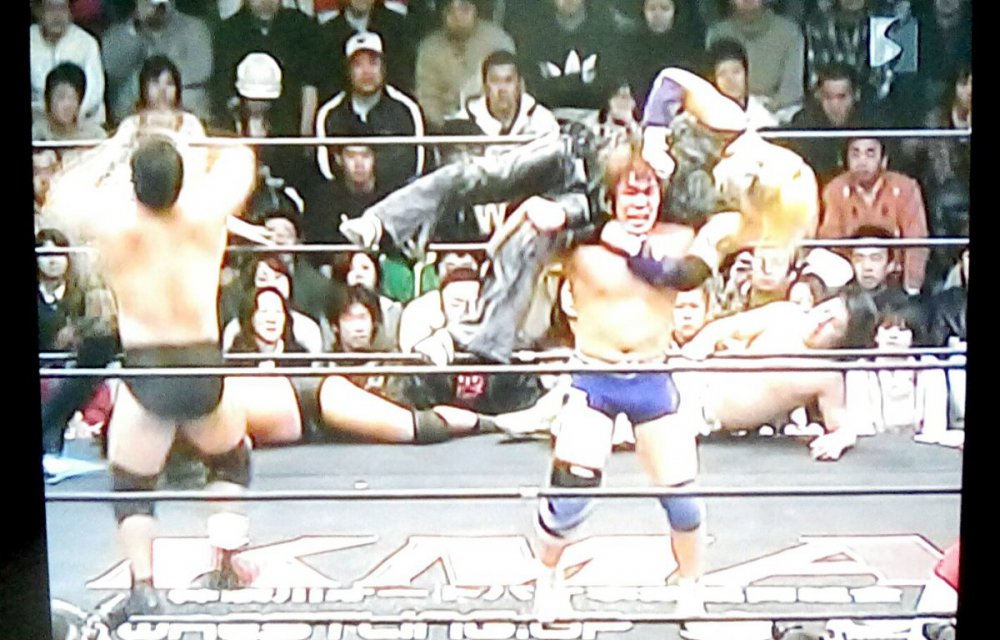 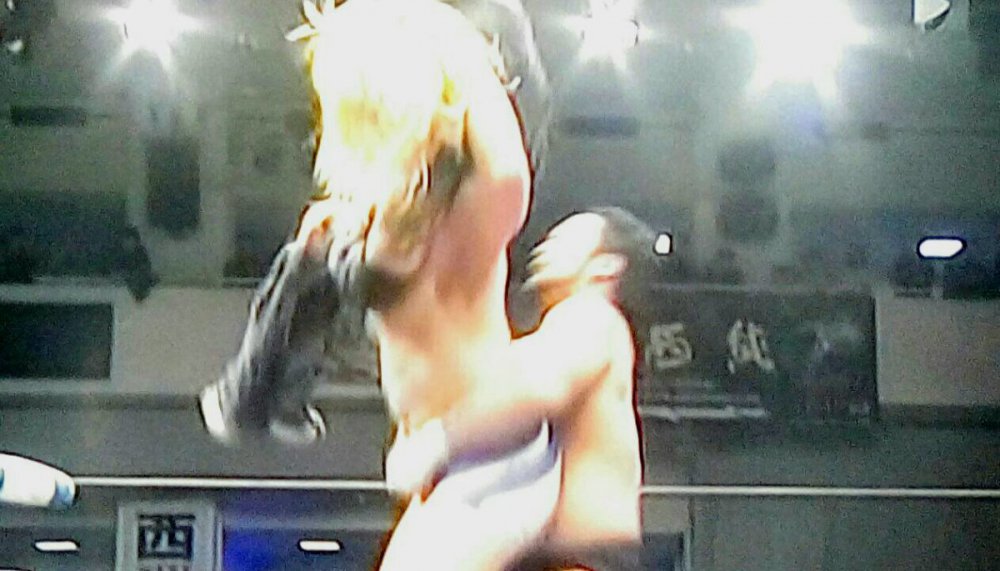 Really, really good DVD that's still available on Highspots for $10. Not trying to give free ad space but I want to let you know where you can actually get your mitts on this stuff! Certainly worth the cash and maybe wait for a Xmas sale to get it for less. No one really talked about how good BJW was back then... if you can't get into the occasional light tube deathmatch I understand. I felt that way for awhile but its really no worse than the bread and butter thumb tack and barbwire matches of my youth