Ring of Honor 2003 was something that was interesting to me for a couple reasons. The first was that it featured so many highly regarded matches with great show titles - 1st Year Anniversary (3 way), London vs Daniels from Round Robin II, The Epic Encounter, Night of the Grudges, Main Event Spectacles, and Bitter Friends Stiffer Enemies and War of the Wire. ROH 2003 was also intriguing because these shows or matches are pretty hard to find. Comparatively 2004 stuff is still easy to track down because of such landmark shows or matches that have sold well over the years. Enough fans bought these back in the day either in 2004 or after that they're available on eBay or Amazon.  Or they were significant enough to put on a compilation or two. Think of Joe vs Punk's trilogy, Generation Next, Weekend of Thunder, Final Battle 2004...I even see the Reborn series and some of the highlights now and again. Going back 2003 on paper had as many or more MOTYCs than 2004 but these DVDs don't see the light of day as often as 2004. It was an odd situation. One would think 2003 stuff would be more available and ROH would have gone back an re-printed those shows. I mean I got Joe vs Punk II in 2008 but I don't recall much of any 2003 stuff being available then...save the early compilations which are hit or miss in terms of quality. Sidenote - The best title is 'Let the Gates of Hell Open' which is the Rottweilers comp.

Sorry for being long-winded. My point is that part of my interest in 2003 was also based upon its scarcity. 2004 was pretty available and 2002 due to the Takedown Masters and other re-print/re-packging was available (although I dragged my feet on that). Yeah 2003 had all of these classic bouts but never seemed within reach. So back in 2016 I scooped up ROH's Year Two DVD set as fast as I could (along with some other stuff) because I knew ROH's comps always went out-of-print. Knowing the lack of availability of these matches/shows for a fair price, this seemed like the only chance I would have. Its stupid but fear of missing out was at the heart of this. History has shown that to be a good move on my part. Since then ROH has dramatically cut back on their DVD production especially their compilations, which I think is their biggest asset (re-issuing their back catalog).

I was finally able to see the all time classics mentioned above and man I was so glad. These were awesome contests and the biggest discovery was just how amazing Paul London was then. Seriously if he had stuck around, ROH would have been a different place for the better. But as you can tell from the title of this post, its not about him. Its not about those matches but the ones that were omitted. There was no Corino vs Homicide. I really wanted to see those but apparently they were omitted to be put in the Notorious 187's comp from the same time. I passed on that due to the problem of too many duplicated matches from other DVDs.

So years went by and I just figured I'd miss 'em. That's part of being a fan is knowing you won't see everything you want to. However, at the start of the pandemic a lot of places put stock on sale. ROH was one of them and the Homicide one wasn't available but there was a Steve Corino one!?  But there was Bitter Friends Stiffer Enemies and War of the Wire listed.

The backstory of the feud has to do with Corino kicking Homicide during a tag match in 2002. Homicide then gets revenge at All Star Extravaganza when he stabs him with a fork ala Abdullah the Butcher. Final Battle 2002 sees Corino hurt 'Cide and take his place in the 4 Way match. That's a classic match you should see.

So now we're onto 2003 with the 1st Anniversary show where Corino introduces his ill-fated Group of Samoa Joe, Michael Shane and CW Anderson. This causes a big problem for ROH as this goes against the official booking. Of course this is a work. It doesn't matter because the fans are pissed. The match happens and its OK but the excitement comes from the fans shouting at Joe and company at ringside. It really is at or beyond ECW levels of unrest. Eventually the fans spill over the guard rail and attack Steve and his group. This is crazy! There is some certainty that most of these folks were plants but its been pointed out that a few real people rushed the ring as well. Supposedly Homicide breaks character and protects his foes. I for sure saw Joe beat the hell out of one guy. This was a tremendously risky booking decision but it paid off. I would consider this more of an angle than a match.

vs Homicide (Bitter Friends Stiffer Enemies 2003): Here's the first real meeting in my view and its a battle. Its a relaxed rules match and the only real rules enforced are the rope breaks and the ring-out count. Beyond that it appears anything goes! The blood was flowing and hits were connecting. Early on Corino eggs 'Cide to give him his best shot and gets a hard slap in return. This pops Corino's ear drum and as you may know he's left permanently deaf in that ear. What's odd to me is that this blow takes place so soon. I had always thought it took place late in the match. Credit to Corino for continuing after this injury. This was a great match (****) but it left room for the feud to continue. 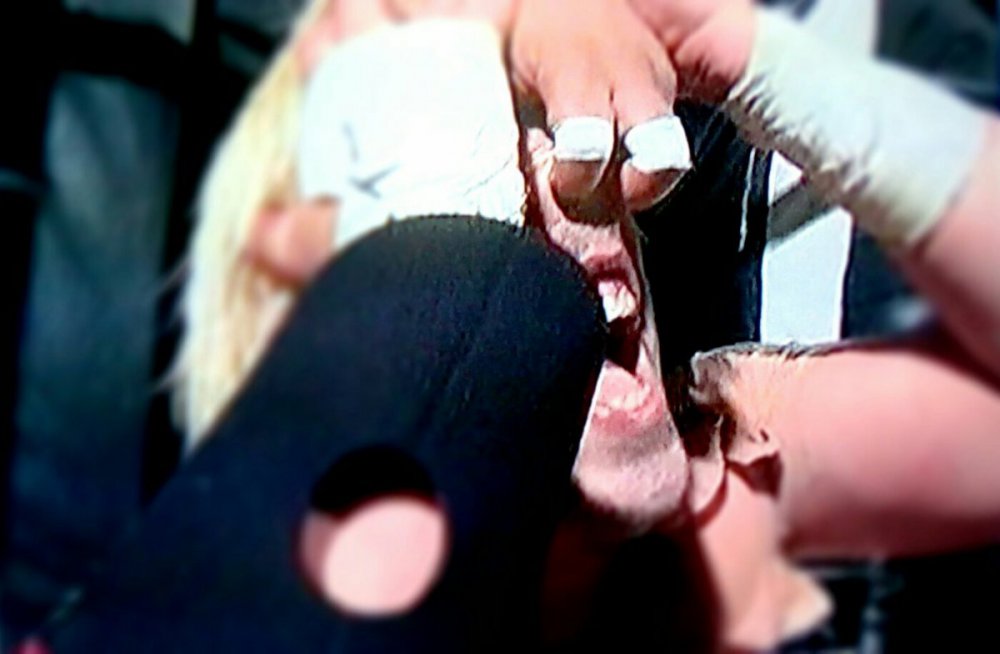 vs Homicide (War of the Wire 2003): It makes perfect sense that they escalated to a barb wire match. Although I'm sure CZW did barb wire matches, I look to this bout as the sequel to Funk vs Sabu in ECW. ROH was the true heir to ECW's throne. To me this match felt like bringing the wire out of retirement after Paul E. vowed never to do another Barb Wire match. As if to say that the hate was so intense that only an ancient and forbidden battle would settle the score. They did it justice as both wrestlers put their bodies on the line. Their seconds got involved as well and made things more chaotic. I think it was a classic ROH match. Do not expect a work rate match with barb wire though. He had it in him in 2002 ASE and Final Battle but he'd gained some weight. More than that, I appreciate that as it puts over the damaging effects of the wire (If you are looking for something like that BJW has you covered.) That being said I wouldn't say it was the best wire match EVER but it was worth the wait. 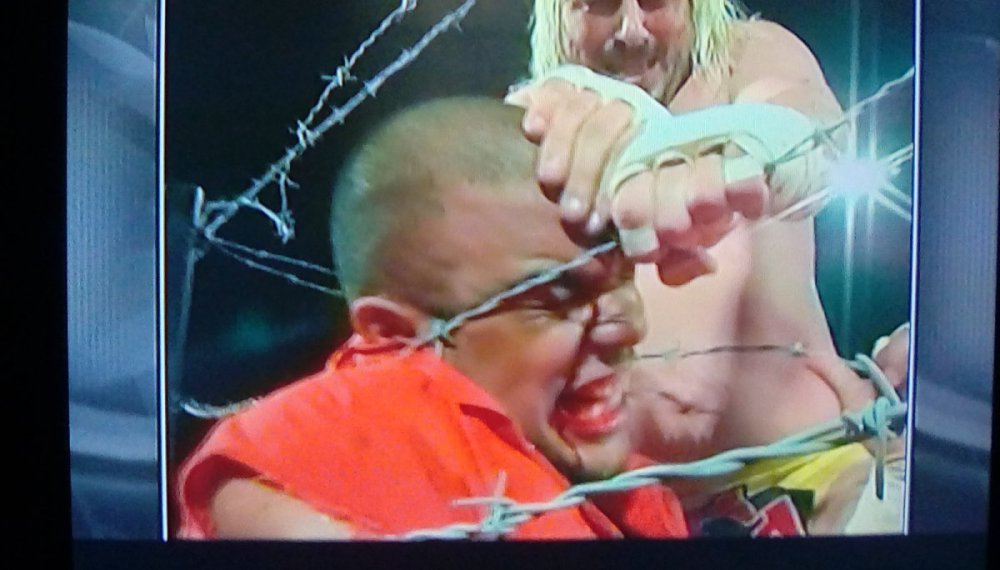 In all honesty, I can't see why this was omitted from the Year Two DVD in terms of quality of content. These matches deserved to be on Disc #2 of that set as both are iconic matches. Secondly, disc #2 is the weaker of the set. I think we all would have picked these bouts over the Scramble Cage Match from Main Event Spectacles or AJ vs Kaz Hiyashi from Final Battle for instance. Perhaps swap one out at least. That being said, I'm glad they were available on this Steve Corino DVD. Like Paul London, I think ROH would have been a different place had Corino stuck around long term. His story in ROH is an odd one. He comes and goes every few years but always feels like an outsider threatening the principles and values of the company. In the included interview, he compares himself to Riki Choshu in this regard. I'm glad I got to see his first invasion and am looking forward to his return and the SCUM storyline in the future.